Melodie L*****
Rating:
Booking was straightforward and hassle-free. Enjoyed the best rates of all rental services!
Rowan R**e
Rating:
Great and easy way to rent a car, they have all types of cars and colors!
John W***
Rating:
Easy registration Competetive prices Free cancellation op to 2 hours before pickup (covid 19 surprise ?!)
Why you should book with Wisecars: 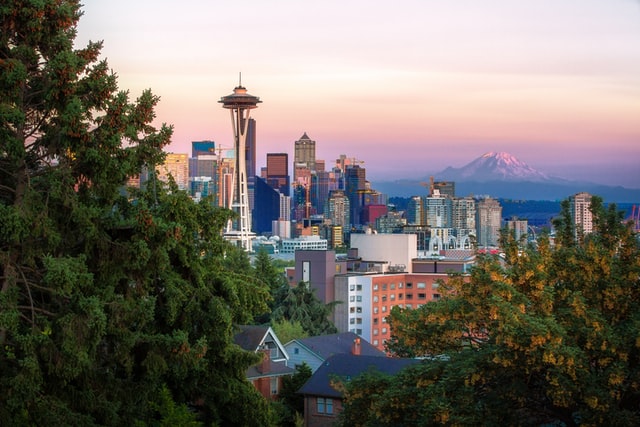 What to do in Seattle:

Seattle is a huge city in the US state of Washington. Due to its evergreen trees, it has been nicknamed the Emerald City. Seattle is the cultural and business center of the Pacific Northwest. The most known attractions include the Space Needle and the vibrant arts and music scene. Seattle is also known as the home of Starbucks, Amazon, Microsoft and Boeing's aircraft assembly plants. There are plenty of insightful tours to take ranging from Hot Air Balloon Tours, Taste Seattle Foor Tour to the Underworld Tour. The Emerald City is also home to museums such as the renowned Seattle Art Museum, Frye Art Nyseyn and Living Computers Museum + labs.