Alice D****
Rating:
They offer affordable cars. Easy to find the necessary extras, like, in our case, a toddler's seat :-)
Jamie H*****d
Rating:
responsive support team on whatsapp and messenger. Convenient to get a hold of them if you need anything
Brook T**r
Rating:
Fast and intuitive booking service. With a great selection of cars and rental companies! Great navigation experience, Italian friendly
Why you should book with Wisecars: 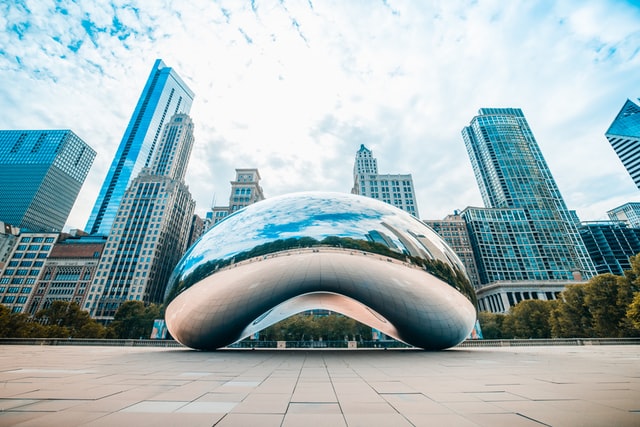 What to do in Chicago:

Chicago on Lake Michigan in Illinois is also known as the Windy City. Chicago is among the largest cities in the US and is famous for Chicago-style hot dogs, deep-dish pizza, jass music and 1920 gangsters, for example, Al Capone. The city is also famed for its bold architecture, due to its skyline including skyscrapers such as the iconic John Hancock Center, Willis Tower and the neo-Gothic Tribune Tower. Chicago has plenty of museums, ranging from the Art Institute of Chicago to the National Museum of Mexican Art. And of course, Chicago is known for professional sports teams. Chicago is one of the most photographed places in the modern world.